Skip to content
Next How do I become a better academic reviewer? Join the ACM COMPASS Shadow Program Committee of course!​

Don’t wait to be asked [to join the TPC]

Apply here
Get in touch

I am delighted to announce that the ACM SIGCAS Conference on Computers and Sustainable Societies ( ACM COMPASS 2021 ) is inviting applications for Technical Program Committee members .

This is the first time this has happened at ACM COMPASS and my General Co-Chair, Shaimaa Lazem , and I think it’s a small but significant step to making COMPASS more open. It’s also an idea we’ve borrowed from other conferences (like all the best conference ideas!) and in particular from ACM TVX 2014 , where colleague Reuben Kirkham introduced an open application process for the Technical Program Committee, along with a slew of what at the time looked like very innovative measures to promote access and inclusion of authors and attendees with disabilities (such as a reasonable accommodation process for authors ).

Reuben’s actions (taken as a PhD student then) came about as a result of him asking a simple question: “exactly how do people get invited onto a program committee?” At the time his primary concern was the lack of opportunities for researchers with disabilities, as he later described in his CHI 2015 alt.chi paper “ Being Reasonable: A Manifesto for Improving the Inclusion of Disabled People in SIGCHI Conferences “:

Program committees are a key part of both selecting papers, as well as aiding the career progression of those invited to join them…In general, the process for selection is akin to a ‘tap on the shoulder’, and people are only likely to be invited if they are well known ‘to the community’.

This analysis has wider implications. The crux of the matter is that there are lots of researchers and practitioners out there with lots to contribute to the running and organisation of a conference, but who don’t get the opportunity because either they don’t know the right people (well enough to be invited) or they don’t have a well-connected advisor or colleague to recommend them.

In our own recent experiment at TVX 2014, over one third of the program committee (10 of a total of 29) were selected by an alternative process of self-nomination and review (by the conference chairs); for this year (TVX 2015) it was nearer a half (9 out of a total of 21).

Anyway, this year ACM COMPASS 2021 is encouraging anyone who believes they have something to contribute to the conference the opportunity to apply to be on our Technical Program Committee. There’s just a short form to complete in which you tell us about your research background and research interests. The Technical Programme Chairs, Mercy & Kurt, will make consider everyone and make the decisions.

We’ve already had 24 applications (without properly announcing it) and we’re going to leave the application form open until 28 February 2021.

So, don’t know how to get invited onto the ACM COMPASS 2021 Technical Program Committee? Then why not “put your hand up”? Apply using the TPC application form . 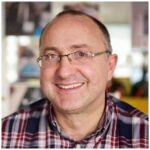 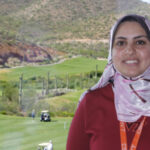